The Origin of Porto

The Origin of Porto


Porto is such an ancient city!
Here were found archeological traces that prove human presence, or passage, in these lands since prehistory.
If you are a history lover, this post was made to let you know what happened here, way before Portugal was established as a country.


Porto: The Origin of the city.


The passage of people, even the decision of some to stay, in this land, so long ago, makes a lot of sense although being an extreme corner of Europe. Not only because it was a rich land in agricultural terms but also, and most likely more important, the sheer amount of water surrounding the land - the Douro River and the Atlantic sea.

It’s in the Late Bronze Age (1600 to 1200 b.C.) and during the Iron Age (1200 to 100 b.C) that were found several traces indicating the presence of a stable and concentrated folk in this area. That shows that after this time we started having sedentarism and not only nomads. Supporting this is the documented hill-fort in the area surrounding the Cathedral of Porto, showing that this was where one of the first civilizations settled in the city.

Around the 1st century b.C the hill-fort started to grow in the direction of the margins of the Douro river, already during the Roman occupation, and so the Roman city Portus Cale was founded. Portus would refer to the current area surrounding the Cathedral and Cale would be the name of the area closer to the mouth of the Douro River (which is now the Foz do Douro).
It is easily found several archeological traces of those times due to their amount.

If you get yourself in the D. Hugo Street (the street behind the Cathedral of Porto) there’s an archeological place, house number 5, that has traces of the Iron Age. Another one can be found in the Casa do Infante, where it was found a Roman house from the 4th century with several compartments paved with mosaics.
By this time the area of Porto had a very active economical life and around it started the birth of other populational centers, which are now part of the city.

With the crumbling of the Roman Empire in the early 5th-century a.C., Portus and Cale were taken by:


Portugal: The Origin of the Country.


In the 9th century, the name of the areas of Portus (the current area surrounding the Cathedral) and Cale (area closer to the mouth of the Douro River) had evolved into Portucale.
The new term Portugale will be used to refer to the whole region between the Douro River and the Minho River (later know by Portucalense County).

All this region stayed under Leonese control until the 12th century.

Teresa of Leon and Henry of Burgundy got Portugale (or, known in this century as the Portucalense County - “Condado Portucalense”), after their marriage, given by the Leonese king.

Teresa handed Portucale (the old Pous and Cale) to the Church and D. Hugo, the Bishop in 1120, became the landlord of the area.

Teresa’s son - Afonso Henriques, rebelled against his mother after taking the control of the county and departs with the forces to the south to reconquer the lands from the Moors.

This was one of the fastest reconquering in history since it ended in 1143 and culminated with him self-proclaiming the title of King of Portugal, separating himself from his uncle, Alfonso the 7th of Leon.

The formal and complete separation between Portugal and Leon happened in 1179 with the papal bull recognizing Portugal as a Christian country and D. Afonso Henriques as its first king of Portugal.


Excluding the hill-fort from the late Bronze/early Iron Eras, the primitive wall was officially the first wall of Porto.


The wall was built in the 5th-century a.C., using what was left by the Romans between the 3rd and 4th Centuries.  With a new landlord, bishop D. Hugo in the 12th century, the wall will be restored: it had 750 meters and 4 entries:


In the 15th century, the name was changed to the Truths Door - “Escadas das Verdades”.

Today you can see part of the wall and a small turret in the corner between the D. Afonso Henriques Avenue (which takes you to the upper part of the Luís I. Bridge) and the Calçada de Vandoma (which leads to the Cathedral).

To learn more about these doors and their stories, click here.


The Fernandina Wall was ordered by king Afonso, the 4th, of Portugal, at the end of the 13th century, by the time that the city was already expanding to the outskirts of the primitive wall and it needed better defense.

The wall took close to 40 years to build and was finished during the reign of Fernando of Portugal, hence the name.

The doors would be the biggest and main entrances to the city and the hatches would be smaller secondary accesses.
Some of the hatches were turned into doors by the coming of the centuries out of necessity.
When the wall started to be destroyed it had 8 doors and 10 hatches.

The main doors of the Fernandina Wall were:

To read about the doors and hatches of Fernandina Wall, click here.


The wall was destroyed during the 19th century by the demand of Queen Maria I of Portugal. The decree was issued in 1794, the reasoning being the expansion of the city to what is now considered the modern part of Porto.

Nowadays, if the wall still existed, it would circumvent the whole historic area of Porto, protected by UNESCO - Porto is Humanity Patrimony since 1996.

So, Porto has its origin long ago: several people had passed by, several names were given to the city and it even influenced the name of the country: Portugal. Porto had the primitive wall and the “new” wall (14th century to 18th century).
Some parts of both walls remained in Porto and they’re totally worth visiting/seeing.

Hope to see you in our beautiful city. 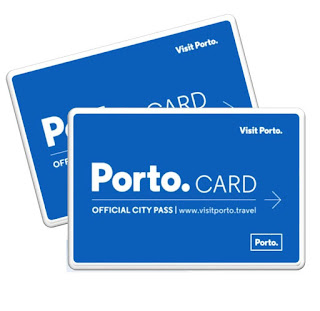 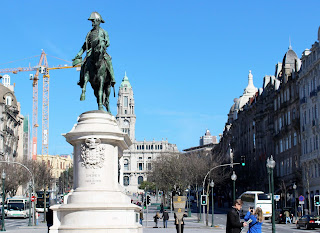